All You can Ashtanga – Mysore zwischen den Jahren mit Ross 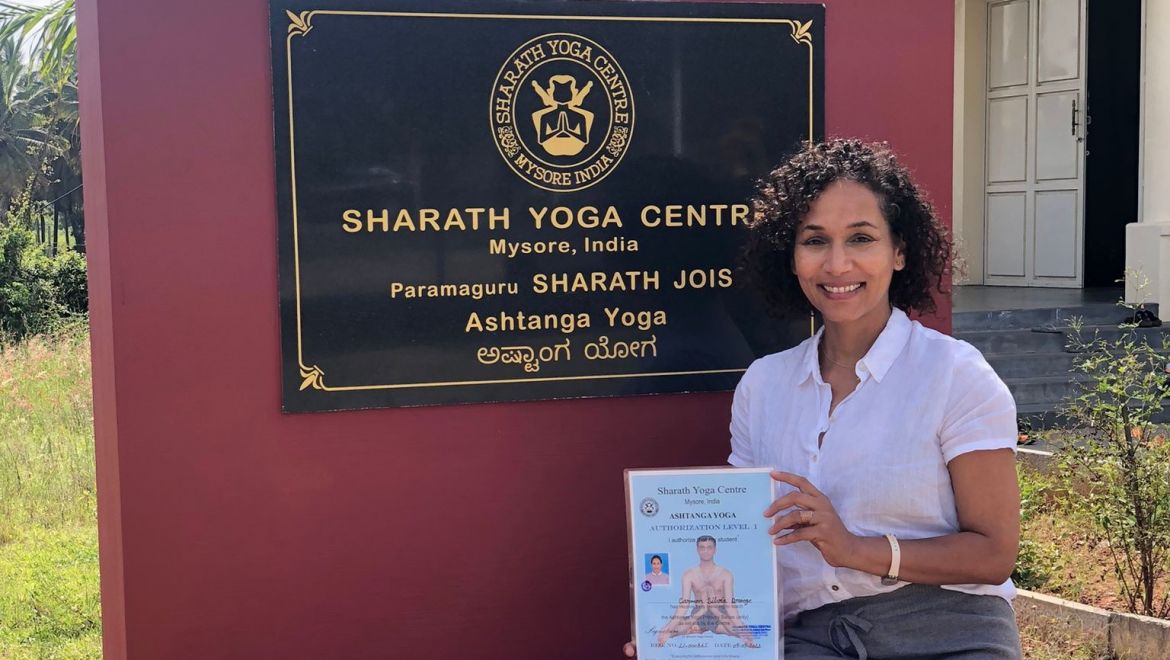 I am Carmen Silvia Droege, I was born and raised in Germany to my German mother and Brazilian father. I studied law and worked as a company lawyer for 12 years while always doing my Ashtanga Yoga practice which I found randomly when a friend took me, to try something new. It was nothing less then love on first side, from my side 😊. After I went through a personal crisis I decided to follow my heart which meant making Ashtanga Yoga my first priority. I went to Sri Lanka for 2 years and worked in an Ayurvedic Hospital, where I gained my knowledge about Ayurvedic food and lifestyle.
Ashtanga Yoga bio:
I started practicing Yoga in 2008 and attendad straight away a 300 hours teacher training in Cologne at the institute for „Yoga & Gesundheit IYGK“ I toped it up with a 40 hour teacher training with David Swenson and practiced with Beate Guttandin in Cologne (KPJAYI autorized) until 2013. I stayed with Prem (KPJAYI certified) & Rada (KPJAYI autorised) in Bali for two month and in 2014 I went to Goa for 7 month to learn from Rolf Naujokat (KPJAYI certified) and Marcy Naujokat because I was keen in beeing with an advanced and native German speaking Yoga practicioneer. Being in Goa I also stayed with Gabriela Pascoli (KPJAYI authorized) for one month and finally brought a dog home from Goa with me. After this intense period of traveling I came back to Germany, got married to my then husband and moved to the Netherlands. I also went to workshops with Manju Jois, David Williams and Danny Paradise but in 2016 I decided to start going to Mysore to practice with Sharath Jois and he is my teacher ever since. I got his blessing to teach after my last trip from July to September 2022.
I am teaching Ashtanga Yoga since 2014 I teached at Cens Yogastudio in Roermond, and ran a Mysore Program in 2016 at Yoga Place in Maastricht, The Netherland. Last but not least I teached two years at the Ayurveda Paragon in Thalpe, Sri Lanka.

All You can Ashtanga - Mysore zwischen den Jahren mit Ross